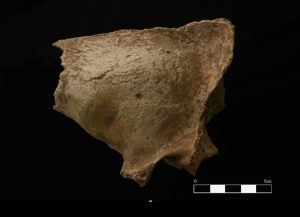 Abstract: PThroughout Mesoamerica, corporal animal forms (a term encompassing live animals, animal-derived by-products, and artifacts made from animal bodies) were ascribed with proprietary agency. They were important mediators of power, were integral to the social identity of their users, and encapsulated contemporary sociopolitical circumstances. A zooarchaeological and isotopic investigation of three ritual deposits at the Classic Maya center of Copan, Honduras (AD 426-82) demonstrates the processes by which corporal animal forms were prominent actors in the ritual arena through a formal process of commingling and translating animal body parts, in some cases materializing prominent actors of world-creation (Starry Deer-Crocodile), and in others reifying regal power ascribed to felids to the 16th and final ruler of Copan through extravagant ritual sacrifice.